Have You Met … Jacqui Trujillo? 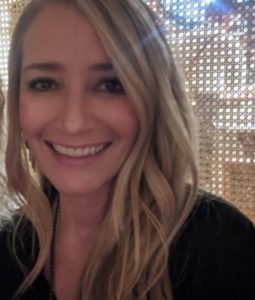 Have you met our Texas-based Director of Marketing & Communication, Jacqui Trujillo? If you haven’t, this is your chance to know this brilliant wordsmith who is also good with numbers – and basically everything else she decides to do. Seriously, Jacqui goes all in with the people, causes, and activities she cares about.

Jacqui was born and raised in a small town outside of Santa Fe, New Mexico. Though her intelligence and gifts with language were obvious early, she was considerably younger than her classmates and painfully shy (in her own words). But, by high school she found a home and community in cheer and dance. Together, her team became New Mexico state cheer champs and her teammates remain some of her dearest friends.

After graduating from high school (at 16!), Jacqui went on to study accounting at the University of New Mexico. But, no matter how much she focused on numbers, she always ended up being drawn back to words and writing.

While still in college, she became the go-to person for a major real estate developer where she got to use her accounting, HR, and writing skills all at once. But the big city came calling – Jacqui was presented an opportunity in Dallas – and off to Texas she went. Jacqui spent her early years in Dallas doing accounting and HR for a number of small companies, and eventually began running the business endeavors and family foundation for Dallas philanthropist Philip R. Jonsson.

Around this time, she took some time away from her career to start her own family. She quickly went all in at her kids’ cooperative preschool, where she was, unsurprisingly, the President of the Board.  It was there that she first met Julie Porter, the woman who would become her marketing mentor and give Jacqui a pathway back to her first love … writing.

She did contracting for many years, working with a variety of clients on different projects, and writing in many different voices. She LOVED it. It was in writing for others that Jacqui found her own voice.

Jacqui had met RevJen’s Staci Tubbs when both were doing other things, and when RevJen needed some help, Staci reached out with the LinkedIn message that has become RevJen folklore – “Hey lady…any interest in doing a little copywriting?” A little turned into a lot – and the rest is history. Jacqui quickly became one of us, and officially joined the RevJen team in October of 2020.

Today, she’s all in with RevJen – leading our marketing and communication and developing the branding and voice. Her passion is storytelling, and she loves that she gets to tell the world about the amazing work the RevJen team and its partners are doing in the world. She’s having fun, and with her here, so are we. 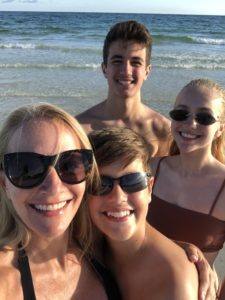 When she’s not working, you might find her at the beach (undoubtedly her happy place), on the tennis court (she parlayed her hobby into an adult league USTA National Championship), hanging out with her dog Gilhooley, or supporting the endeavors of her three kids (one in college and two in high school next fall). It should surprise no one that she’s all in with them too…because that’s just who Jacqui is.