Have You Met … Matt Joseph

Have You Met … Matt Joseph? 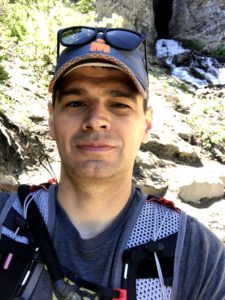 Matt was born and raised in the tiny town of Beresford, South Dakota. He and his twin sister are the youngest of five siblings who grew up in a small town doing all the small-town things. But despite the size of the pool he swam in, he made meaningful, life-long connections in Beresford. Five of his very best friends from childhood are still his ride or die friends today, and spoiler alert – he married his high school sweetheart.

An exceptionally strong math student, Matt enrolled at the University of South Dakota to study business. But after researching and writing a paper about the economics of American Indian reservations, he switched to Economics with a minor in business.

But a summer during college spent in Texas working for his brother Brian (yes, that Brian) would lead him down a different path. Matt spent the summer working in sales during the week and in a warehouse on the weekends, where he quickly recognized the warehouse’s supply chain inefficiencies. So, he redesigned it. It was during this time that a man who would become Matt’s mentor and one of his closest friends (think ‘ride across the country on bikes together’) “came and found him” in the warehouse – declaring that he liked his work ethic. So, he hired Matt to work at his company building systems for sales companies. Matt accepted the job and transferred to the University of Texas at Arlington, where he finished his degree while working full time. Two and a half years later, Matt was a partner in his company.

During this time, Matt – who in his words is a “weekend wannabee athlete” (think Iron Man triathalons, ultra marathons, and krav maga), became painfully aware of the effects of pollution on his training. He became interested in the environment and wind energy, and spent considerable time researching environmental alternatives. This path led him to law school, and since his wife had just completed her Physician’s Assistant program in Oregon, he set off to Lewis & Clark Law School in Portland.

Post-graduation he joined a regional law-firm and practiced law in many forms – M&A, securities, privacy, and corporate immigration. He loved the law and its challenges, but missed working closely with clients, so when a former colleague recommended him for a position in the private sector, he made the move.

But Brian and RevJen would soon come calling.

In typical Matt fashion, he got involved in all areas of his new company as corporate counsel, working closely with the General Counsel, CEO, and internal stakeholders across all departments, as well as outside vendors. He enjoyed the work, the challenges, the relationships, and the company, but Brian was building RevJen, and he asked Matt to come on board. The timing was right.

Matt was drawn to RevJen’s mission and enthusiastic about being able to start from scratch, design his own systems, build a team to support it, and create a positive culture around it. And build it he has.

Matt is the guy that makes things happen. And then he somehow finds a way to make it even better. His quiet calm and astute observations add to the quality of the work we do and how we do it – every single day. His belief is a company is only as good as the people in it; and he knows he has great people around him at RevJen. 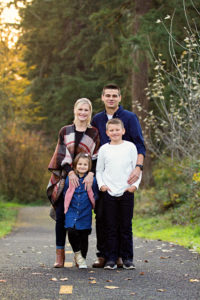 Matt remains in Portland, excelling at life and family amidst nature’s beauty. He and his better half Christina have two children, a 9 year-old mini-me son who is already preparing to test for his krav maga black belt, and a five year old daughter who he lovingly refers to as “the CEO.”

He’s a good one. Ridiculously good.