Have You Met … Brian Joseph Have you met Brian Joseph? 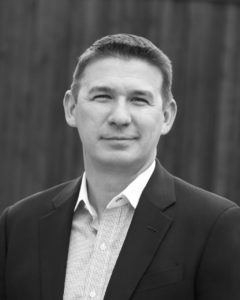 If you are part of the RevJen R-Squared Peer Group community, the answer is yes. Our CEO recently popped into R-Squared January meetings to talk directly to members and share his vision for RevJen’s work, the R-Squared community, and the future of the nonprofit sector at large.

If you weren’t privy to these conversations, I’ve got a spoiler alert for you … his enthusiasm for the nonprofit sector is downright infectious.

Born and raised in rural South Dakota, Brian, ever-modest, describes his path from humble beginnings to leading RevJen as “luck.” But in reality, it involved an admirable mix of hard work, honor, initiative, and whip smarts (he won’t say it, but we will).

Also key: the guidance of an inspirational mentor, who early on saw what Brian could become. He took the time to challenge and teach him, instilling the fundamental principles of building and scaling companies – companies that he was later put in charge to lead. In learning how to build revenue models, create revenue strategies, and build revenue teams, Brian learned what leaders need. More importantly, he became convinced that these skillsets can be taught and learned.

Brian launched RevJen in 2011 as a consulting organization, but it quickly became clear to him that in order to achieve real impact, nonprofit organizations needed solutions that were more accessible and affordable than consulting. This realization set RevJen on its current path to provide nonprofit leaders with equitable access to the knowledge, resources and support they need.

And he’s passionate about it. Anyone who has had a conversation with Brian knows – he wants to unleash the power of our world’s changemakers and allow them do their important work. This is RevJen’s mission, and it starts at the top.

The trajectory of Brian’s life has fueled his passion for revenue training, developing leaders, and finding replicable ways to connect them with others. And we at RevJen are all firmly on board.

Fueled by big ideas and a big heart, Brian Joseph leads RevJen from our Dallas/Fort Worth area headquarters, where he lives with his beautiful wife, Gayla, his two kids, CJ and AJ, and their four dogs. When he isn’t cooking up new ideas for RevJen, you can find him putting in the miles on his bike, enjoying a great glass of wine, and making plans for his hydroponic farm (just ask him!).